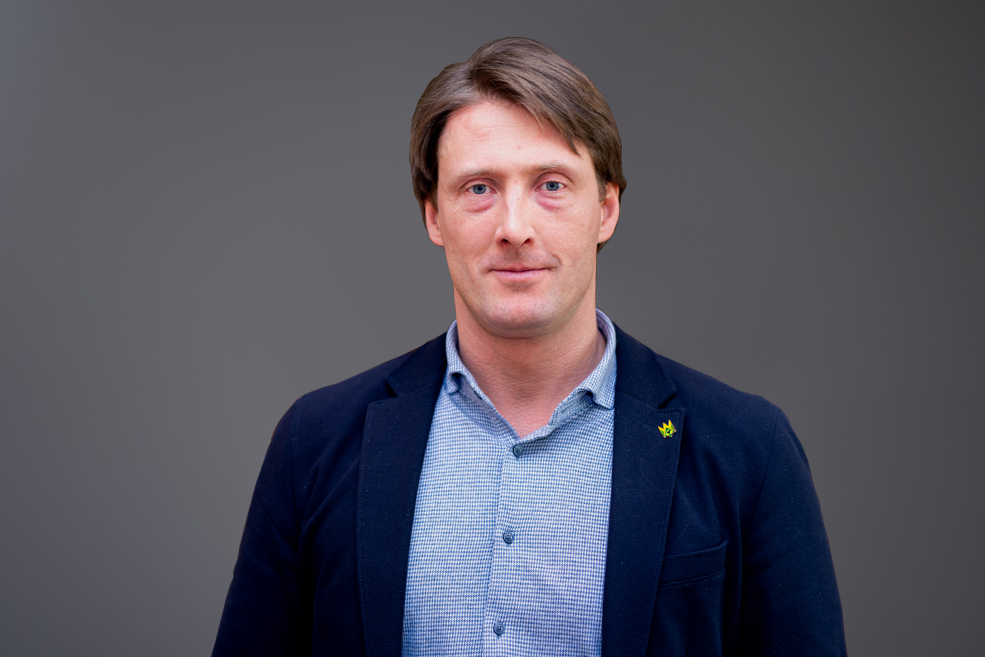 The UAC Deputy Chairman Mykhailo Sokolov spoke in his column on the pages of the “Economic Truth” about which industries Ukraine should develop in order to have a chance for economic leadership.

For three decades, Ukraine has been living with the hope of change for the better: the growth of the state’s and citizens’ incomes, better education, medicine and social services.

On the establishment of a fair court and a law enforcement system, that protects citizens. Our society fights for its dream and even sacrifices its life for it.

Our international partners and financial institutions help us. Each government has developed and tried to implement a reform strategy aimed at its achievement.

However, so far not all these hopes and efforts have brought us closer to the cherished goal. On the contrary, it is moving further and further away from us.

Very few people will argue that at the time of the collapse of the Soviet Union, Ukrainians lived poorer than citizens of developed countries did. It would seem that we had every reason to expect that over the past 30 years, the gap between us could narrow, because all this time we had received much less reward for our work.

The effect of catching up development was to work when a developing country repeats all the steps that have brought success to developed countries, but at an accelerated pace and taking into account the experience of their mistakes.

However, this did not happen. On the contrary, we have depleted the infrastructure, which was built at the period of the Soviet Union, and begin to face the gradual failure of bridges, railways, collectors, dams and everything else.

We blame corruption, oligarchs, war, demographic crisis, and the legacy of the Soviet Union. All this is correct. However, this list of factors explains why it does not work and will not work, but give an answer to the question: how can we make it work?

Indeed, how to make a country that suffers from all these diseases become attractive for foreign investment?

That talented, educated, honest and hard-working people did not leave, but came to work and live in Ukraine? In addition, technology giants want to place their R&D centers here?

After all, the same tasks are set for all other countries of the world, including those whom we want to catch up. At the same time, they have incomparably more opportunities and resources for this.

In the game, according to the general rules, we are doomed to lose, like a doomed teenager who suffers from obesity and who decided to compete in the 100-meter run with an athlete-master of sports of international class. It is another matter if the first offers the second to compete according to the rules of sumo.

The formula for success

All countries that had an experience of rapid economic growth could cope with it because they had a unique competitive advantage.

The European countries and, first of all, Great Britain, grew due to the exploitation of their colonies, the creation of the institution of limited liability and the scientific and technological revolution, when the rest of the world had not took these on board yet.

China has shown amazing growth because it has been able to combine political stability, cheap labor, a lack of labor and environmental legislation, and the opening of borders for foreign investments and technologies.

As a result, there was no other place in the world where it would be so profitable to place new production. Japan and Korea made their unique offers to the world market before China did.

This list could go on and on, but in all cases the formula of success was to offer the world something that no one else or at least one of its neighbors could give.

We do not take care of what we have

Ukraine, without noticing this, has already used this recipe for several times, in at least two areas. But she has not yet been able to develop success, because it did this unconsciously.

Agriculture in all developed countries is a subsidized sector, which is supported by other taxpayers. However, we do not have the same situation in Ukraine.

Our subsidies for farmers per hectare are about 100 times lower than in the EU, while we continue to increase gross production and export.

What is the reason? In spite of the attempt to divide the collective farms into hundreds of small farms, we inherited industrial agriculture from the USSR.

As a result, the average size of an agricultural enterprise in Ukraine is about 100 times larger than in the EU, and our farmers are much more efficient through the use of economies of scale.

This allows them to implement the latest technologies and radically reduce the cost of cultivation per hectare.

Europeans would be happy to follow the same path, but they cannot do so for political reasons – what to do with hundreds of thousands of small European farmers, who do not want to change their way of life and are ready to expel new subsidies from Brussels, Paris and Berlin?!

The Ukrainian IT industry is growing by 30% a year, and IT professionals are the most socially protected group of people with incomes close to the European level.

Why don't IT companies flee to the USA, Cyprus, Poland or other EU countries, because they are openly lured there, including granting citizenship?

The reason is simple: only in Ukraine can you register IT employees as individual entrepreneurs and pay a little more than 5% of taxes. And also to forget about the existence of the labor code, trade unions, maternity leave, etc.

Politically, only the United States can afford something like this, and taxes there are much higher than 5%. As a result, the Ukrainian IT industry is a champion in terms of growth rate, and Silicon Valley is located in the United States, not the EU.

Despite the obvious success stories, we can often hear calls to bring order to the agricultural and IT sectors: to develop small farms, as in the EU; to abolish the single tax of the 4th group for medium and large farmers, so that they do not live so easily; to squeeze out IT-specialists from contracts with SEI of the third group on labor or GIG-contracts which are completely or partially covered by the labor code.

The game is not by the rules

To create new success stories, we need to look for and implement steps that give impetus to economic development, but for political or social reasons cannot be taken by our competitors.

In Europe, there is hysteria over GMOs, only some countries in the world allow the marijuana cultivation. So, we need to not just follow the path of Canada and California, removing the relevant bans, but, on the contrary - to stimulate the development of this business, while collecting a higher tax on land occupied by hemp.

Then we will finally have the money to finance fair trials and medicine, repay external borrowing, and expand our leeway.

Do developed countries slow down work on studying the human genome modification? So, we need to stimulate such a research.

So, we can not only attract biotech giants and scientists, but also become, for example, the first country in the world to use new methods of gene therapy, cultivation and transplantation of "native" organs, genome correction in family planning.

All this can give Ukraine such advantages that the current developed countries will have the question of how to catch up with us.

Who among us would not want to have a guarantee that our children will not have not only genetic diseases, but also predisposition to such "common" diseases as diabetes, cancer, cardiovascular disease, addictive behavior: alcoholism or drug addiction?

Does the IMF object to the replacement of income tax with a tax on withdrawn capital, because it will violate the generally accepted system of taxation and the social contract formed in developed countries? So we need to enter it until others have done so.

By following this course, we can turn our disadvantages into advantages. After all, only a society in a terrible state can do desperate steps.

And success from the first "desperate" actions, can awaken in a society appetite for the following.

As they say, it's a small matter: we need desperate and smart politicians who are able to choose the right steps and risk their political capital in anticipation of future success.

Without them, the door to our bright future will remain locked because of our own fears and prejudices.