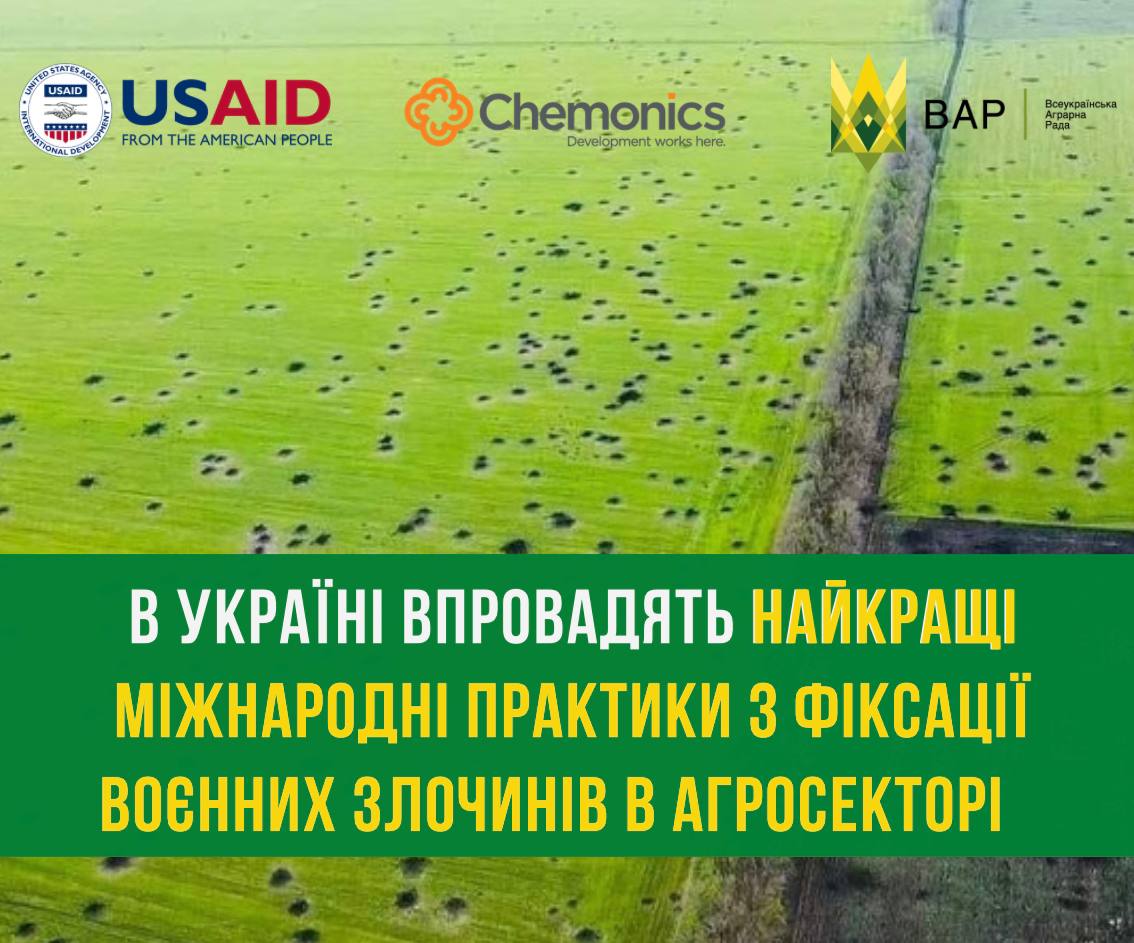 The Ukrainian Agrarian Council and the USAID Agricultural and Rural Development Program (AGRO) are launching a joint project to support the economic recovery of Ukraine's agricultural sector, which has suffered as a result of Russia's military aggression against Ukraine.

According to preliminary estimates by Ukrainian economists, the total losses from the Russian-Ukrainian war in Ukraine's agricultural sector have reached USD4.3 billion. The occupiers on the occupied territories steal grain belonging to farmers, export agricultural machinery and spare its parts, destroy enterprises of the industry. Ukrainian scientists point to the destruction of the fertile soil layer because of shell explosion.

In order to avoid by Russia's liability for damages to representatives of agrarian business, landowners, land users, citizens, public authorities, the project will implement the best international practices for recording war crimes and calculating the losses caused by them. Based on the collected information, an evidence database will be created to confirm the crimes committed by the Russian Federation against Ukraine.

In the future, the evidences will be used to file individual applications or join existing collective claims in international courts to recover damages.

In addition, consultations for representatives of agribusiness are provided. Training will be provided to correctly document the losses. It is also planned to develop an interactive map showing the consequences of military aggression for agricultural enterprises.