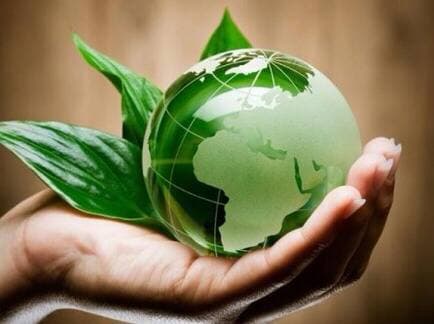 Yana Buhrimova, an expert of the analytical center “Smart Country” (which was formed with the help of the UAC) took part in a round table discussion “Formation of a Agribusiness Consolidated Position on Climate Policy, in particular NDC2 and the European Green Course”.

During the round table discussion it was emphasized that the European Green Course (announced by the European Parliament at the end of 2019) concerns the Ukrainian agricultural sector through the policy "From field to table". As Ukraine exports significant volumes of agricultural products to the EU, domestic producers may face a list of new barriers, including:

Fulfilling its international obligations, Ukraine is also shaping its own environmental policy and defining its climate ambitions.

Thus, the Ministry of Ecology has developed a draft project of the Second National Determined Contribution (NDC2), according to which Ukraine is obliged to reduce greenhouse gas emissions to 65% since 1990, including reduction emissions in the agriculture sector. According to the opinion of the round table participants, obligations to reduce emissions in the agriculture sector are not justified and need further discussion. Separately, it is noted that Ukraine cannot copy the EU policy on decarbonizing of the agricultural sector due to the different structure of greenhouse gas emissions.

In addition, there were outlined some other areas of domestic and foreign policy of Ukraine formation, where representatives of the sector should take an active position and offer their own vision on:

preparation of the consolidated position of the Government and agrarian business for the Summit on Food Systems in September 2021;

Yana Buhrimova, the UAC representative noted that the EGC is an irreversible trend that will be on the EU's agenda for decades. In this context, the task of Ukrainian agribusiness is to defend its own interests, to create an institutional mechanism that will represent the industry at the governmental level on a permanent basis.

Based on the results of the round table discussion, it was decided to create a joint working group at the basis of UBTA with the participation of representatives of agricultural associations in order to: