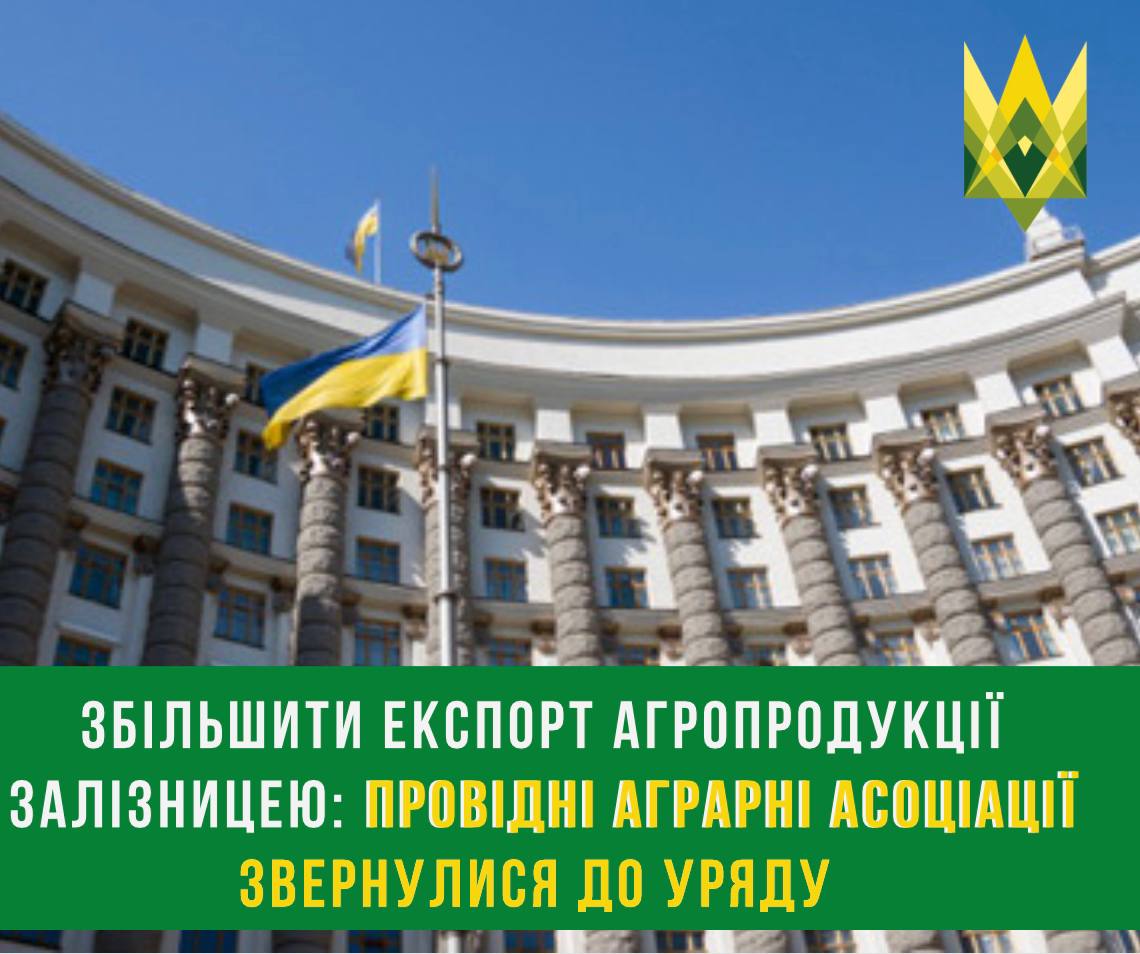 1. Increase in share of grain, oilseeds and products of their processing in the exports with railway.

The agrarian associations propose first of all to establish an obligatory norm for exports amount of the relevant goods through Izov crossline, which has got a wide track to Poland. At the first stage, it is proposed to set a rate for exports of at least 30% of the monthly delivery volumes of the previous month. This will double the export from 2,135 to 4,648 wagons. It is further proposed to evenly increase the load in this direction to identify the maximum export capacity of grain and processed products.

2. Establishing for the period of martial law the priority of goods with significant added value.

This proposal is created because of necessity to attract more foreign exchange earnings for the state, including incomes. Experts of agrarian associations point out that the effect on the economy in the case of 10,000 tons of oil export is equivalent to the effect of 35,000 tons of wheat export. Revenue and foreign exchange earnings are the same, but wagons involved are much less. Therefore, the Railways of Ukraine needs to ensure the priority export of oil, livestock products, vegetables and fruits, and only after that - other goods.

3. Increase in the number of narrow track wagons involved in grain transportation, in particular in Poland.

Agrarian associations emphasize that there is a situation on the railway when narrow track open-top wagons are involved in the transportation of ore. While Ukrainian grain continues to be in warehouses inside the country. When hunger spreads around the world, it is irresponsible to pay such great attention to wagons with ore. Therefore, large railway carriers must redistribute part of open-top wagons for the transportation of grain, oilseeds and products of their processing.

4. Abolition of conventional prohibitions granting preferences to the Railways of Ukraine wagons.