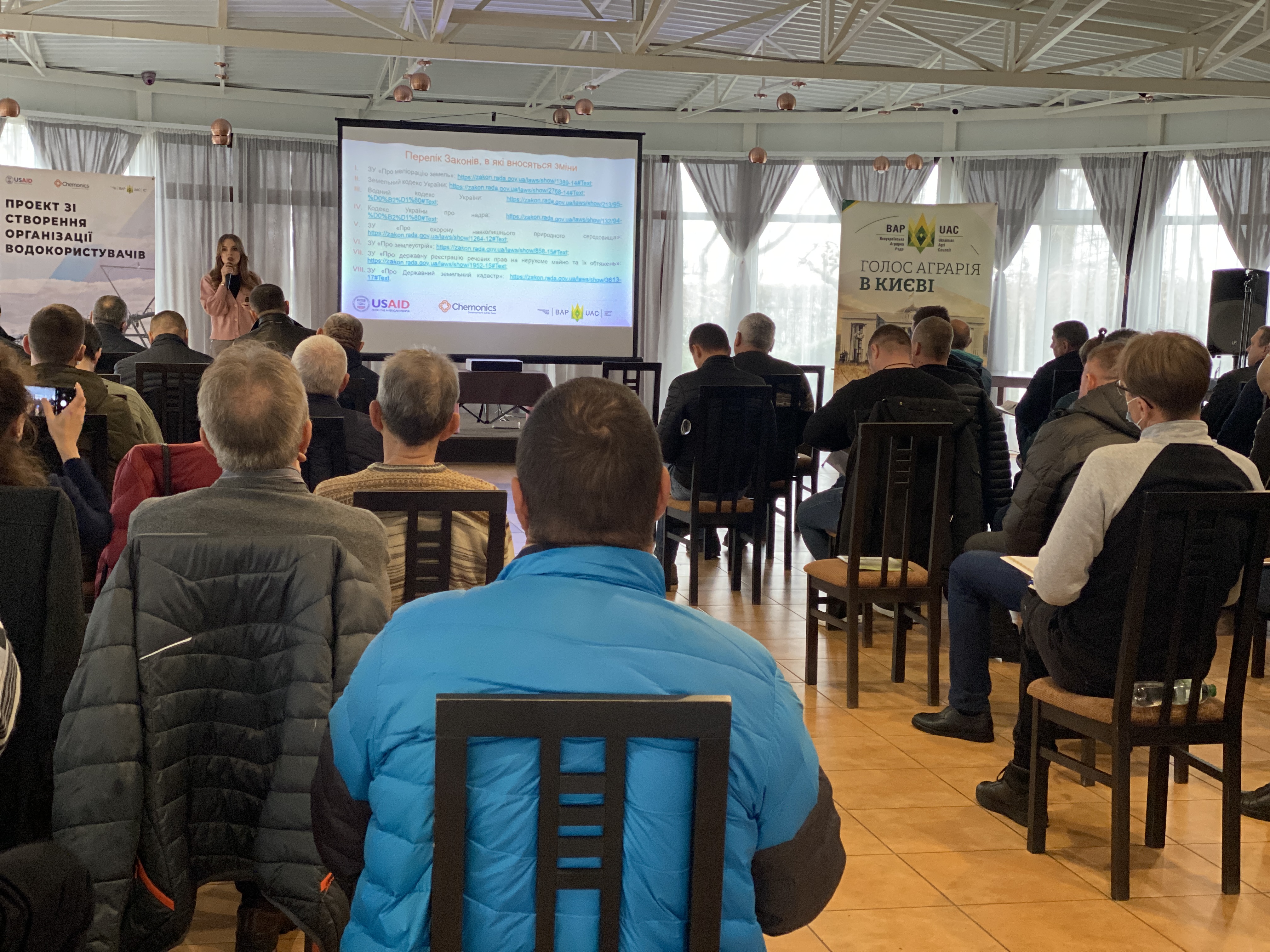 Today in Nova Kakhovka, farmers, land managers, community representatives and experts discussed the procedure for inventory of reclamation networks and its components for the functioning of WUOs.

The event was a part of a pilot project to establish Water Users’ Organizations in Kherson region, which was jointly implemented by the UAC and the USAID Program on Agrarian and Rural Development - AGRO. 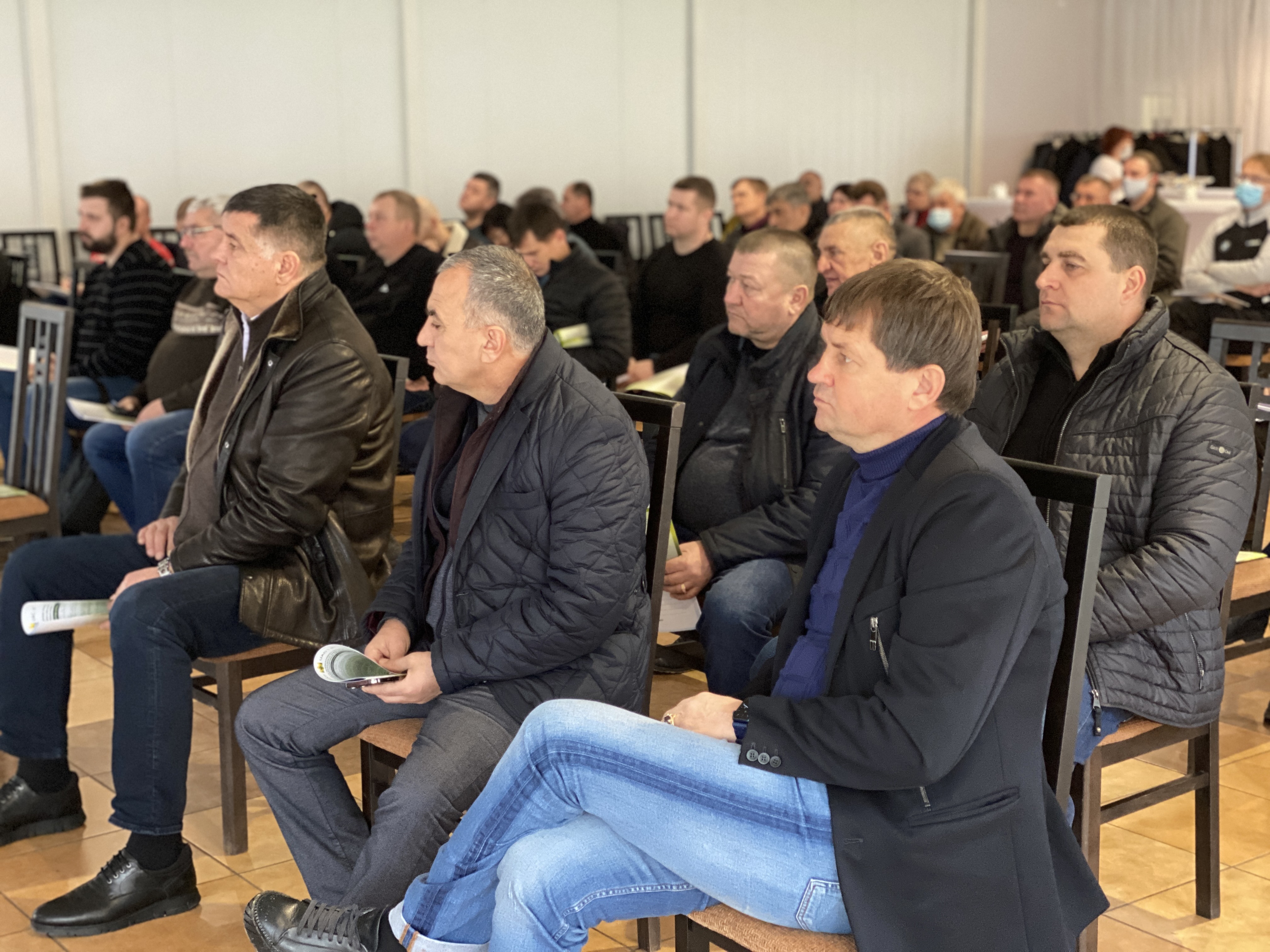 According to Expert on Land Management in the USAID Project "Support for Agrarian and Rural Development" Serhiy Kubakh the main idea is to introduce the ownerless irrigation infrastructure that exists nowadays to the regulatory framework. And everyone is interested in everything being recorded in the State Land Cadastre of Ukraine.

“Support and participation of water users is crucial for the irrigation reform implementation. Feedback is more necessary even now, in order to properly develop state policy in this sector. The current stage of the reform differs from the previous one in that the decisions take into account the proposals of farmers. That is why we become witnesses of historical changes," he said.

Nowadays, the UAC team held a series of meetings with those who wish to take part in the establishment of WUOs. We also selected participants for the pilot WUOs, - said the UAC consultant of the project "Development and implementation of a pilot project to establish water user organizations in Kherson region" Roman Fedorchenko. 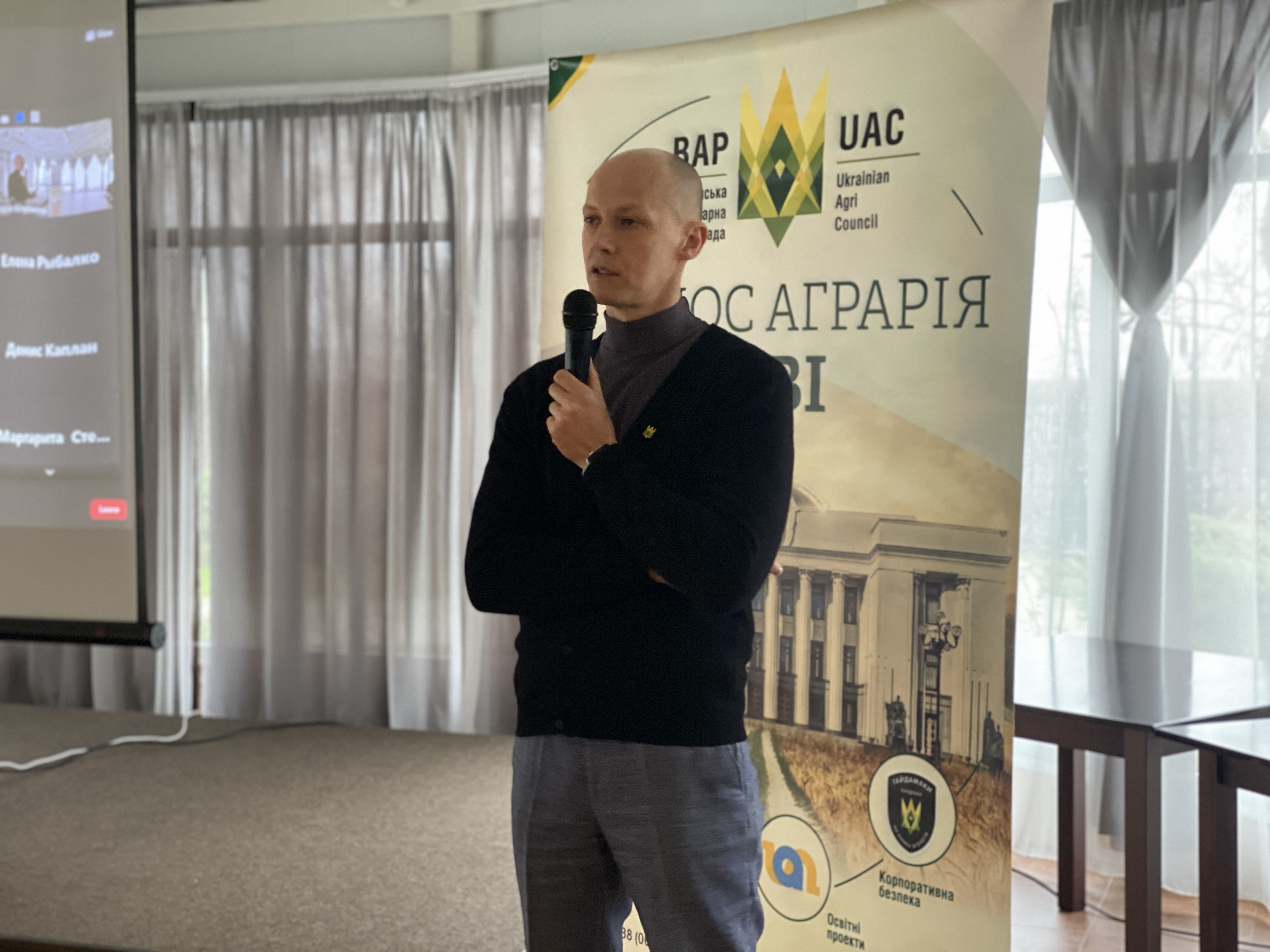 “Soon we will announce a list of those organizations that will be fully supported by the UAC and USAID-AGRO when establishing WUOs. 16 applications for participation in the project were submitted. For farmers who plan to join the creation of WUOs in the future, we will find the tools that will help to go through all the stages of its creation," the expert said.

The UAC Legal Adviser on Land Issues Victoria Kipriianova briefed the participants on how to determine the area of ​​WUO service, conduct an inventory and own land reclamation network facilities. The expert also spoke about the role of the land management organization in this process.

"WUOs will be an innovation in Ukrainian legislation and will be regulated by a special law in the future. At the moment it is the draft bill #5202-d. It will also amend a number of existing laws," she said. 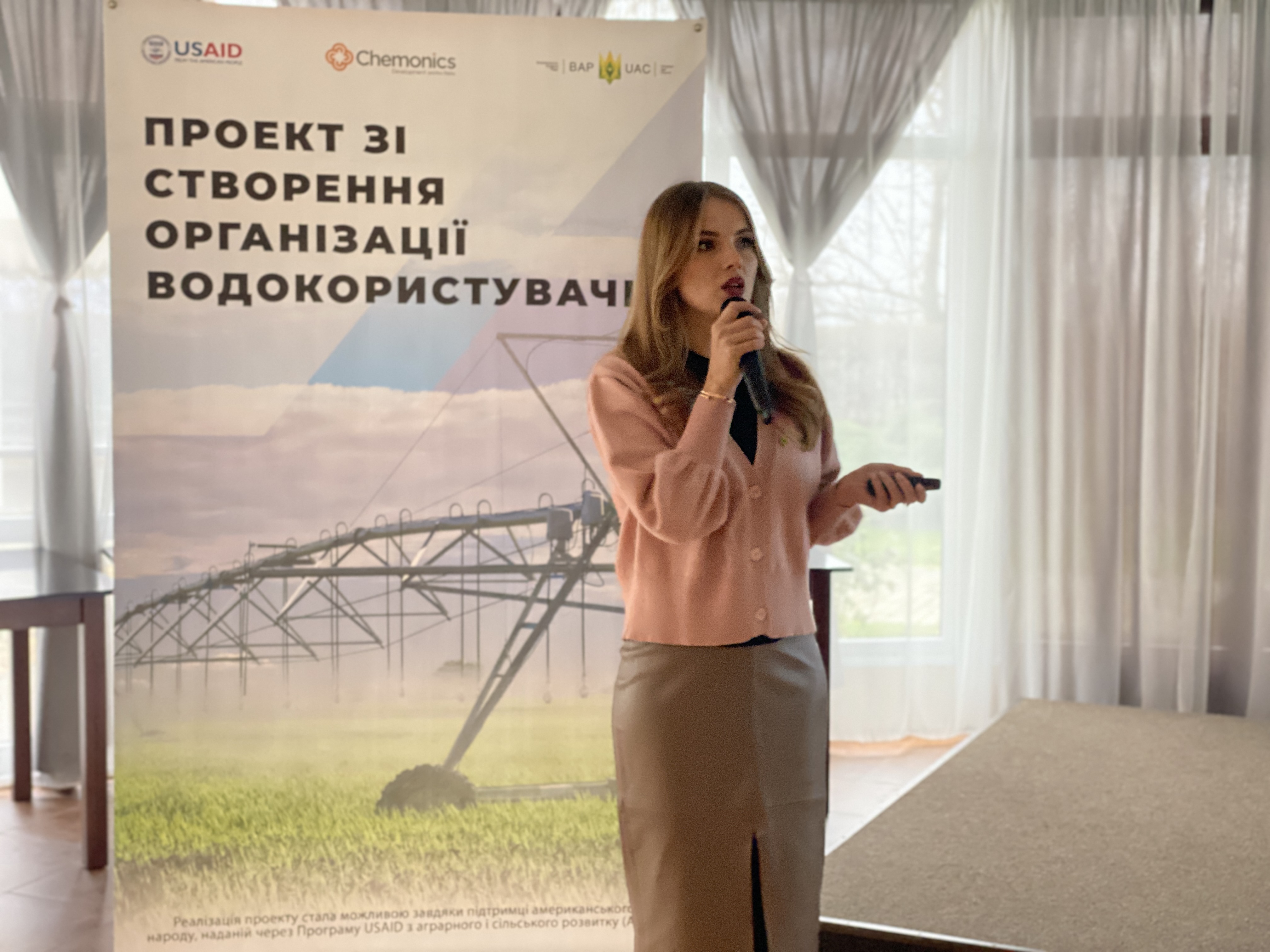 Technologically integral objects of engineering infrastructure of inter- and inner-farm reclamation systems, which are in the state and communal ownership or are ownerless, and which provide water supply or drainage during the implementation of hydrotechnical land reclamation, can be transferred to the ownership of WUOs free of charge. TO WUO. Namely: pumping stations, collectors, water intakes and other hydrotechnical structures (there are restrictions); canals on irrigation and drainage systems (in the case of including of all land plots to WUOs, hydrotechnical reclamation of which is provided by the relevant canal); regulating and accumulative pools; pipelines; other objects of engineering infrastructures of inter- and inner-farm reclamation systems. Private property engineering infrastructure and reclamation systems of national importance, including channels of state importance, are not transferred.

The UAC participant Volodymyr Khvostov expressed hope that the document would be adopted early next year.

"Almost all Ukrainian farmers are waiting for its adoption in the second reading by parliamentarians. And it is clear why, because farmers will be reliably protected by this law at all levels and what is the most important - they will be able to manage the process of restoration, modernization and development of irrigation. I am convinced that, thanks to our consolidated position, the voice of farmers will be heard in the Verkhovna Rada and, as it was announced, the law on WUOs will be adopted in January!” Volodymyr Khvostov said. 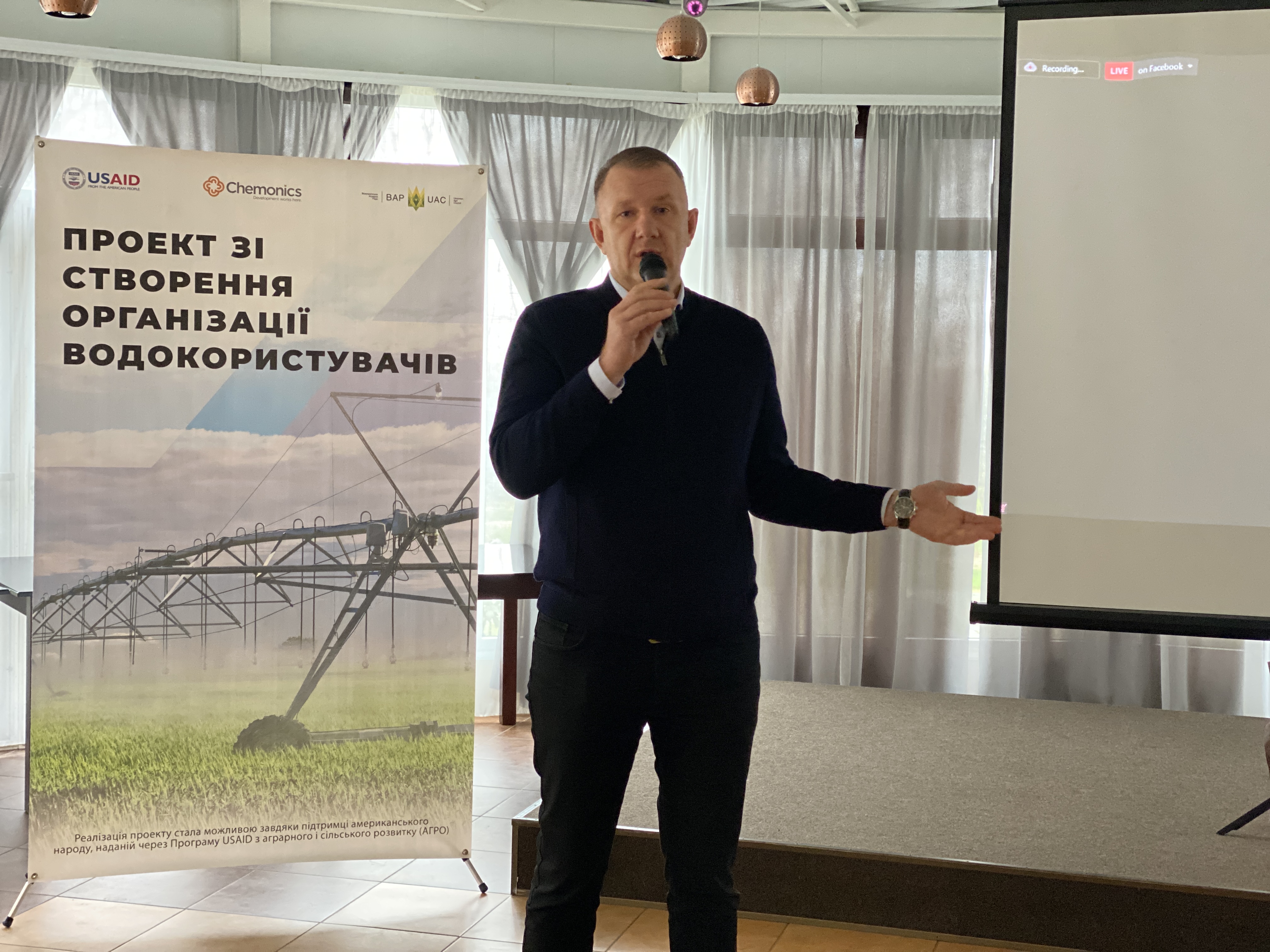