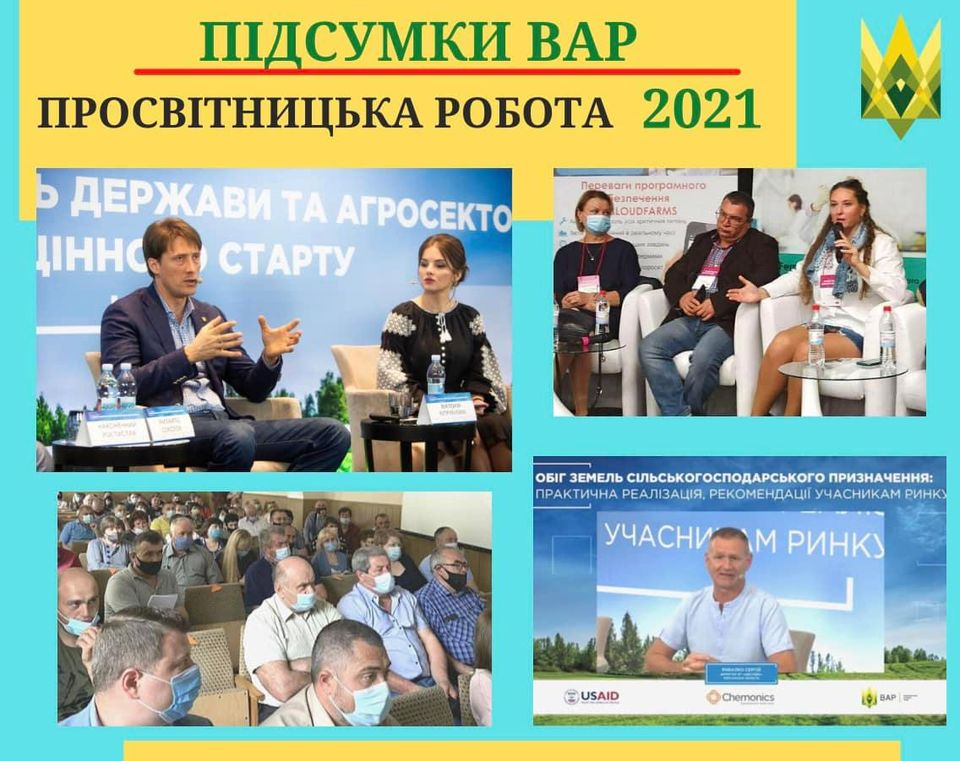 Educational work is another area of ​​the UAC’s activity. In 2021, our team intensively trained, explained, consulted.

As soon as the demand in the agricultural sector is formed, the UAC experts promptly get in touch and clarify important issues. In 2021, more than 1,300 appeals were received by the UAC’s Legal Advisory Service. The UAC members know that we have "hotline" where they will receive explanations and solutions on land, economic, accounting, tax, labor issues, etc.

In addition, 22 online and offline seminars were held for agronomists, accountants, lawyers and managers of agricultural enterprises. There were also meetings exclusively for the UAC participants. 2️ large-scale projects together with the USAID Agricultural and Rural Development Program – AGRO were implemented.

As part of the project to support the reform of the StateGeoCadastre, agribusiness and rural communities of Ukraine held 50 round tables, which were attended by almost 5,000 participants from all regions of Ukraine.

It should be noted that a pilot project on the establishment of Water Users' Organizations was launched in August 2021, in the framework of which the UAC experts give pieces of advice and comprehensively support water users when establishing WUOs. More than 20 meetings were held in the southern regions, the operational and legal models of WUOs were presented, and 7 territories were selected to establish pilot organizations. The project will continue next year. Restoration of irrigation is a priority for the UAC!

More news about the association is on the official Telegram-channel the UAC and on the Facebook-page.