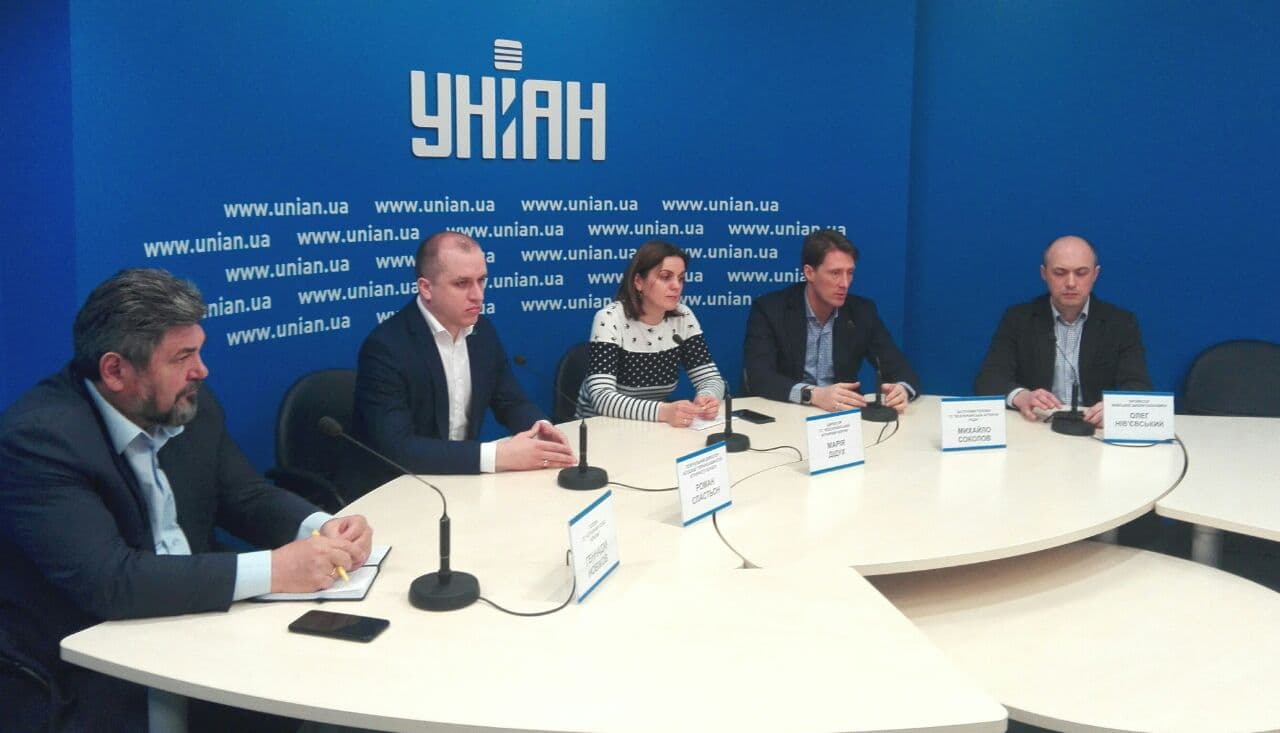 The Kyiv District Administrative Court has gone beyond its mandated powers when deciding on the introduction of quotas on mineral fertilizers imports, obliging the Interdepartmental Commission on International Trade to introduce them. This will negatively affect Ukraine's economy as a whole, and farmers will suffer the most from such a step. This issue was discussed today during a joint press conference of agricultural associations "Introduction of quotas on the mineral fertilizers import through the courts: a theater of absurdity, for which farmers will pay.

The UAC Deputy Chairman Mykhailo Sokolov mentioned that the court's decision was illegal and that the court could not oblige the Commission to vote in a certain way.

"What is legally wrong with this? The court could find that, for example, there were formal violations during the investigation. If that was true – certain documents were not considered, not all the information was provided to the commission. As a result, the maximum that could be decided was to oblige the commission to reconsider its decision based on complete information that was revealed during the judicial process. However, we have heard that appropriate measures needed to be introduced. In this case, according to our lawyers, the court simply went beyond its mandated powers. After all, it is not at all clear how a collegial body (it is the Interdepartmental Commission on International Trade) can be obliged to make a decision. Because each member of the Commission is obliged to vote according to how he or she understands this particular situation. This is the same as obliging the Verkhovna Rada to adopt one or another law, which is impossible," Mykhailo Sokolov mentioned.

The UAC Deputy Chairman noted that the key issue in the decision-making by the Interdepartmental Commission on the introduction of quotas on mineral fertilizers import was the question of whether this decision was in the national interests of Ukraine.

At the same time, a Professor at the Kyiv School of Economics Oleh Nivievskii confirmed that the decision that was taken by the Interdepartmental Commission on International Trade last June not to restrict the import of mineral fertilizers was the right one and in Ukraine's national interest. According to the research conducted by the KSE, the introduction of quotas on mineral fertilizers import will negatively affect the country's economy.

"Ukraine will lose an average of USD 120 million. Of course, mineral fertilizers producers will benefit from the introduction of the quotas. Their benefit will be about USD 90 million. Traders and importers of fertilizers will get a benefit. It will be USD 64 million. But the main losers will be agricultural producers. They will lose about USD 275 million. At the same time, small agricultural producers will suffer the most among farmers. In their structure of production cost, the cost of mineral fertilizers is proportionally higher than that of medium and large ones. Other negative consequences need to be considered. The corruption component must be taken into account. Fertilizer quotas will also harm the flexibility of mineral fertilizer consumers. Because we do not know from which countries imports will be allowed. For example, if one country blocks the import of fertilizers to Ukraine for various reasons, will it be possible to cross over to another country quickly,” Oleh Nivievskii explained.

The Head of the Agrarian Union of Ukraine Gennadii Novikov mentioned that one company already monopolizes the mineral fertilizer market in Ukraine.

"One producer, the “Ostchem” group of companies, command a large part of fertilizer production. Therefore, until now, Ukrainian farmers have overpaid for fertilizers by 20-40% more than our colleagues in neighboring countries have. Today we do not have a shortage of fertilizers, the offers are the most various and the agricultural producer has an opportunity to choose the producer on quality, price, delivery conditions and to plan the activity. In our opinion, the monopolist should get used to working in the market, not in the “greenhouse” conditions in which he worked for a long time. We want to be sure that we will get guaranteed quality, quantity, and market price for fertilizers. We believe that the court's decision does not reflect today's positions and is nonobjective," Gennadii Novikov said.

General Director of the Ukrainian Agrarian Business Club Roman Slaston noted that the import of fertilizers was currently the only deterrent against prices rising in the domestic market and a balance for competition. At the same time, no one talks about why the share of imported fertilizers in Ukraine has increased.

"Indeed, in 2017-2018 there was subsidence in the production of fertilizers. But the reason for this was the industry itself. In particular, farmers had already paid a group of companies «Ostchem» who suddenly in March 2018 just suspended production and did not deliver paid goods. This caused everyone to start looking for alternative ways to supply fertilizers. Only the refocusing on imports has allowed farmers to grow a normal harvest. After all, without fertilizers, agriculture is not profitable. In 2019, the production of fertilizers resumed and even their export began, and imports decreased. Following the results of 2020 this trend continued. Moreover, the monitoring of export prices confirms the fact that Ukrainian farmers overpay in the domestic market for fertilizers. In 2020, according to our estimates, the share of the “Ostchem” group of companies in the mineral nitrogen fertilizers market was 65%. Only factories of the “Ostchem” group of companies are engaged in the production of ammonium nitrate in Ukraine. Of course, the opportunity to cut off imports through quotas is a very interesting idea for a national producer," Roman Slaston said.

Director of the Ukrainian National Agrarian Forum Mariia Didukh assured that Ukrainian producers do not refuse Ukrainian fertilizers. However, they want quality products and competitive prices.

"We are ready to use domestic production. We just want to say to the producer: please work in market conditions, ensure good product quality and we are open for cooperation. Leaving an agricultural producer without a choice is unacceptable. After all, we understand that quotas can also have a "manual mode". What will be the mechanism of these quotas? Will it not happen that when we prepare for fieldwork, quotas will be introduced and the Ukrainian producer will have no choice but to buy fertilizers on the domestic market at the price set for them? Therefore, we will keep this situation under control. We hope that the Ministry of Economic Development, Trade and Agriculture will appeal the court's decision. And even more, we hope that the court decision will prescribe to return a consideration and it will take place on the basis of facts, analysis, and figures. We are ready to provide analytical support, make calculations, participate in negotiations and discussions to make the right, fair decision that meets the national interests," Mariia Didukh summed up.