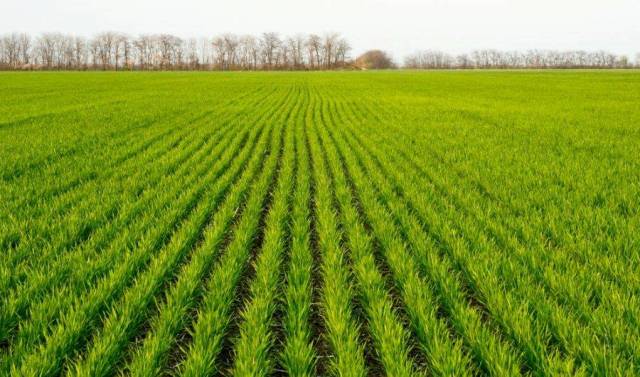 The autumn sowing campaign has started in Ukraine. According to forecasts, the area under winter crops is expected to be reduced by at least 30%. The main reasons that encourage agricultural producers to reduce sown areas are the high cost of mineral fertilizers, problems with grain sale, as well as too low purchase prices for agricultural products. Farmers, who are participating of the UAC, talked about the production plans in their farms.

Valerii Martyshko, a farmer from Kyiv region, "Rodina 2007" AE Chairman, will reduce the autumn sowing by 50% due to problems with grain sale.

"We will reduce winter crops by almost a half. I consider that nowadays it is impractical to sell wheat at cost price and sow when there is no sale. I am looking for a sales market. In order to saw now, the farm needs to sell 500-700 tons. It is difficult to do this, because they give UAH5,300 for a ton of grade 2-3 wheat. The cost of cultivation is about UAH5,000 per ton, that means, it has to be sold almost "for nothing".

We will sow less in the fall – less consumption we’ll get. We will apply fertilizers at a minimum, because they are very expensive, and it would be good if there were targeted funding programs for fertilizers. We have our own seed material, we are preparing 320 hectares for sowing, and earlier in the fall, about 600 hectares were sown. We will leave the remaining areas under steam, which always justifies itself: there are fewer risks, and the yield of wheat gives an increase of 20% - we already had such an experience in the economy. At least we don't lose anything by leaving land under steam," Valery Martyshko shares his plans.

Anatolii Artemenko, an agricultural producer from Odesa, “Hranat” AE Chairman, will not reduce the area, but he is forced to refuse from fertilizers.

"We will sow 800 hectares of winter crops as usual: wheat, barley, rapeseed. The moisture for sowing rape was captured, so this crop has already been sown. The only thing that will distinguish this sowing from the previous one is that we plan to sow wheat without fertilizers, due to their high cost. Fuel is also expensive, but they were forced to buy it by selling grain "at zero", at cost price," Anatolii Artemenko said.

A farmer from Vinnytsia region, Andrii Kapritsa, "Flora A.A." AE Chairman, will leave the crop structure unchanged. "We will sow both wheat and barley. Winter rapeseed has already been sown. Despite the difficulties, autumn sowing must be carried out. As every year, we plan to sow 200 hectares of winter wheat.

Serhii Ivashchuk, a farmer from Khmelnytsk region, plans to reduce crops by about 15% due to expensive fertilizers.

"We will reduce the sowing of winter wheat by at least 15%, the area of ​​winter rapeseed will be reduced by 10% - we are forced to act this way because of expensive fertilizers. Nowadays, the ratio of the cost of a ton of wheat and complex fertilizers is about 1 to 10 and this difference is too big, which makes you think about the expediency of sowing. For example, if we take complex fertilizers, diamophoska NPK 10-26-26 costs under UAH50,000 per ton, while wheat costs about UAH5-7,000 per ton. The normal ratio of the cost of fertilizers and wheat is about 1 to 4, it used to be like that before," said “Perlyna Podillia” LLC Chairman.