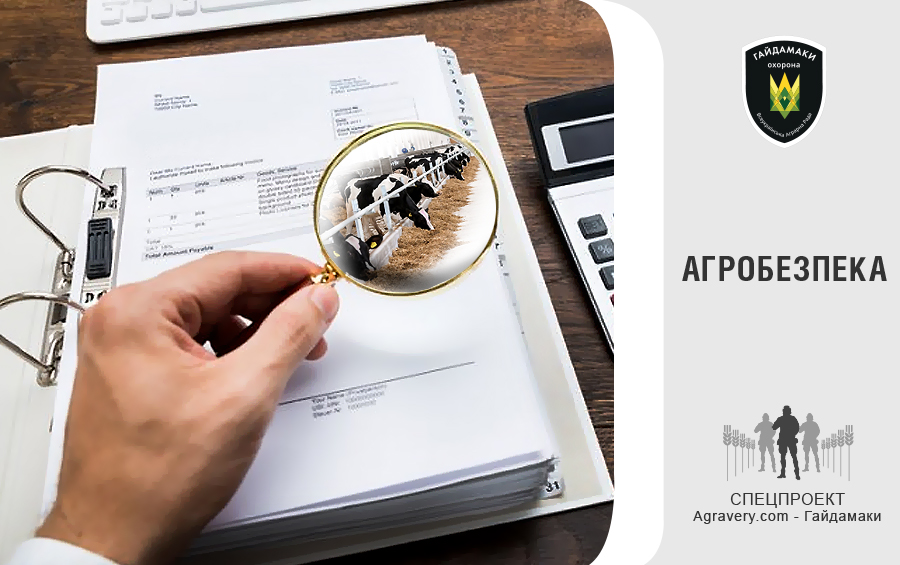 Raiding from the state. Its kinds and how to deal with it

“If the agrarians do not have enough “ordinary” raiding, then they should know that trouble can come from the state” warns the head of the legal department of the OK “Haydamaky” Ruslan Dashitsky. After all, there are relatively new types of raiding: "emergency" and "environmental". The first type has roughly the same pattern of action of representatives of the MOE. During the inspection of the farm, a number of fire safety violations are detected. As a result, by the decision of the judicial authorities, the work of the farm is terminated; the examiners do not give time to eliminate the shortcomings. And, as long as the farm is busy challenging the injunction in the appropriate instances and can not continue its activities, superfluous tenders and signing of lucrative cooperation agreements are missed. Often, such a tactical move is used by competitors who want to discredit a farm for at least a while.

In practice, the OK “Haydamaky” was a case when a successful farm in Khmelnitsky region had to stop its work after a visit of the Ministry of Emergencies. In May this year, the company became the object of an unscheduled audit, the results of which almost paralyzed its work. According to the head of the farm and the owner of agribusiness, they were visited by representatives of the management of the Ministry of Emergency Situations of Khmelnytsky region. As a result of the audit, about 28 violations were found which, in the opinion of the inspectors, pose a significant threat to the safety of the employees of the enterprise. In particular, wooden stairs in one of the office premises violate fire safety regulations, and the iron sticks used to bind the animals are detrimental to their health. For unknown reasons, the company was not given time to remedy these violations. And the Ministry of Emergency Situations immediately filed an administrative lawsuit with the Khmelnytsky District Administrative Court with a claim for discontinuation of the farm. As a result, following the court's decision of October 9, 2019, the agrarian was forced to cease operations.

Another type of raiding - "environmental" - farmers also had time to discover for themselves. Unfortunately, competing organizations often speculate on ecology. They, through little-known environmental associations and pre-commissioned “eco activists”, get rid of those who disturb them. This scheme looks pretty common. Some citizens come claiming that the work of a particular farm is detrimental to their health and may even be life-threatening. Their small protests get on social media. Sometimes environmental fighters act in a more drastic way: they break fences, break into the territory of an enterprise, waste property and require meetings with executives and business closures. All conscious citizens who receive such information are immediately outraged, and almost no one checks what they hear and see, and does not assume that all this can be another custom fake. Against the background of the protests, activists write numerous letters to the Ministry of Ecology, State Inspectorate with a request to check the business entity. The next stage of environmental raiding is the visit of the relevant control bodies. As a result of the audit, they draw up an Act listing the violations found and the decision to suspend the farm. And while experts will prove that the activity of the enterprise does not harm the environment, in the market of participants of agrarian business this farm does not function.

According to Vyacheslav Potapenko, chairman and co-founder of the NGO Green Economy Institute, an objective and simple way to put an end to such an environmental raid is the objectivity of the experts' findings. "Their decisions, as well as activists' actions, should be adequate, based on concrete real facts, not on the customer's opinion, even when those custumers are highly influential and respected in certain circles. In addition, for the sake of self-protection from eco-raiders, representatives of Ukrainian business have already begun to join professional associations,” he said. In particular, the heads of 16 profile associations of Ukraine signed a Memorandum on providing reliable information in the field of ecology. This association for eco-self-defense included the Professional Association of Ecologist of Ukraine, the Association of Enterprises in the Field of Hazardous Waste Management, the Bioenergy Association of Ukraine, the Ukrainian Wind Energy Association, the Solar Energy Association of Ukraine and others. They intend not only to give an objective assessment of each such case, but also to jointly develop a clear tactic and strategy of confrontation.