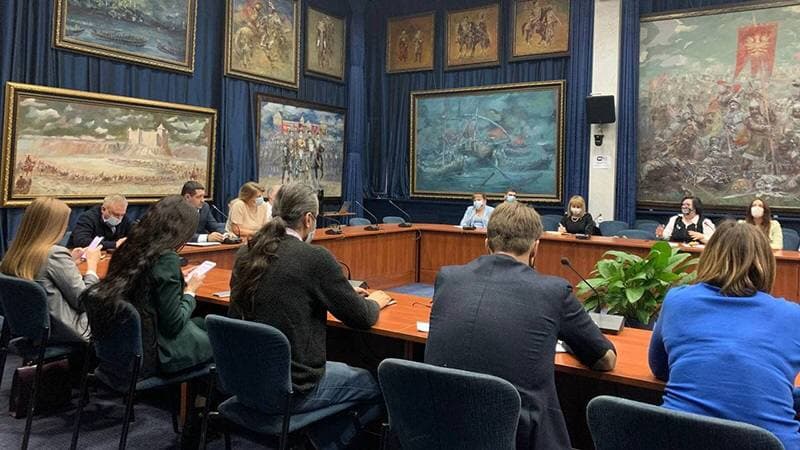 The situation with the use of protection agents that caused the mass death of birds in “The Askania Nova” Nature Reserve in Kherson region has been resolved. At the initiative of the State Food and Consumer Service during a meeting of the Regional Commission on Technogenic Ecological Safety and Emergencies it was decided to stop the usage of protection agents with the active substance “brodifacoum” on the territory of Kherson region for three weeks.

The UAC welcomes this decision as a balanced and constructive position of all parties - state and local executive bodies, farmers and law enforcement agencies, which will solve the problem.

"The problem of dead birds is very unpleasant, annoying and resonant. Therefore, this decision is correct and necessary! For the second year in a row, farmers are suffering from an emergency in the confrontation of mice and agricultural production, which are occurred due to climate change and abnormally warm winters and gave impetus to the revival of a large number of rodents, that destroy winter crops and it is difficult to stop them. Mice control is used from year to year, but this time the invincible number of rodents and the intensity of control against them played a fatal role. We are ready to help resolve the situation. We thank the State Food and Consumer Service, the Kherson Regional State Administration and all services for intervening to the problem and making timely decisions and actions," the UAC Board Member Volodymyr Khvostov explained.

"First of all, I want to emphasize that the specialists of the State Food and Consumer Service in the situation with the mass death of birds worked professionally and quickly - samples were taken, all necessary analyzes and inspections were performed. We did everything that we could and passed the information to the relevant authorities," the Head of the State Food and Consumer Service Vladyslava Mahaletska said.

At the same time, according to Chief Deputy Vladyslav Sedyk, the usage of protective agents with brodifacoum by farmers was within the law.

"From the point of view of the law, nothing has been violated. According to the law on pesticides and agrochemicals, all registered substances could be used in Ukraine. And these protective agents are registered. Unfortunately, due to the weather conditions, the number of rodents that farmers began to fight increased. Birds in turn ate the poisoned mice and grain. Therefore, if we limit the usage of this protective agents for a short period now, the birds will fly away, and farmers will be able to use the protective agents again,” Vladyslav Sedyk explained.

It also provides for control over compliance with the decision of the commission, which is entrusted to the regional bodies of the State Ecological Inspectorate, the State Food and Consumer Service, the State Labor and District State Administrations, village, town and city councils.

To prevent a repeat of the tragedy, the State Service of Ukraine for Food Safety and Consumer Protection Chairman Vladyslava Mahaletska, mentioned that Ukraine needs to reconsider its policy in the field of environmental protection from human impact.

"We are facing the start of a new agricultural season and, accordingly, the problematic issues that are related to the usage of plant protection products will be more than enough. This is not only the death of birds, but also, for example, the mass death of bees. All authorities, especially the Ministry of Environmental Protection and Natural Resources of Ukraine, need to coordinate their actions and work in advance to solve problematic issues. Otherwise, the tragedy will be repeated," she said.

The UAC supports the position of the State Food and Consumer Service on the need to revise the policy in the field of environmental protection from human impact and calls on agricultural enterprises to comply with the legislation governing the use of plant protection agents anyway.

"The current situation requires detailed study and development of a number of measures that can reliably change and ensure the safety of birds and all over the world in the future. These are new methods and preparations for pest control, constant cooperation with science and relevant competent services, development of modern standards of PPA management, development of compensation programs for agricultural producer during epidemics or outbreaks of pests - all these are instruments of the civilized world," Volodymyr Khvostov summed up.