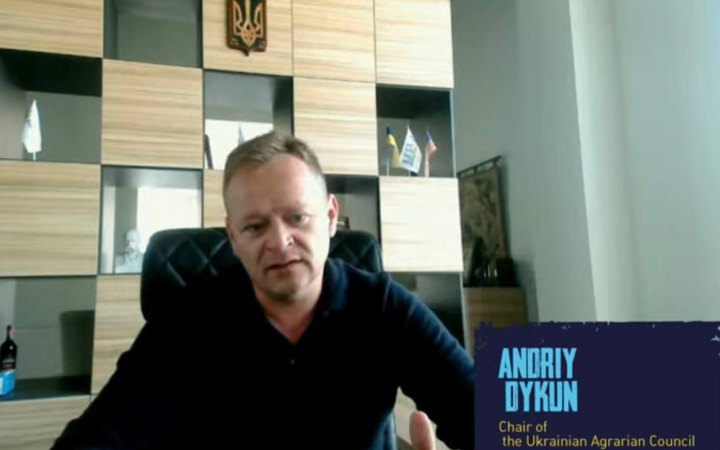 Farmers will not have time to export the surplus of available grain in the amount of 22-23 million tons before the new harvest, which will begin in two weeks. There is a problem of grain storage.

This statement was announced at a briefing by the UAC Chairman Andrii Dykun, LB correspondent reports.

"Before the active phase of the war, we could export up to 5 million tons of grain per month. Throughout the 30 years of our independence, we have built exports through our ports. That means, 5 million tons per month were exported exclusively through ports. Currently, the main ports are blocked. Some are occupied. There are only two Danube ports have left,” said Andrii Dykun.

According to him, currently about 22-23 million tons of grain are in surplus. Ukraine is ready to export them. They are still not taken out before the start of the new harvest.

"In March, we managed to export 200,000 tons across the western border, in April - about 900,000 tons, in May - 1.7 million tons. The Ukrainian Railway and automobile transport have started to work more actively here. Half of the 1.7 million tons were delivered through two Danube ports: Izmail and Reni. But this is not enough. That is why the whole world is talking about the need to unblock ports,” he said.

The UAC Chairman added that in future, in addition to ports, it is necessary to develop the western direction of grain transportation by rail, to make transshipments.

"Currently, we will not have time to export all grain before new harvest, which has already started in Bessarabia. And the main part of the harvest will begin in two or three weeks,” Andrii Dykun warned.

According to him, by the beginning of autumn Ukraine will have a surplus of 55 million tons of grain.

“We will have too much grain… We are ready to export it. That is why unblocking our ports is so important,” he said.

If the ports are not unblocked by autumn, “the grain will just begin to deteriorate. If we do not start exporting through ports in autumn and winter, there will be no sense to sow in spring.”

The Chairman pointed out that there will definitely be a problem with grain storage.

“Approximately we will have got 10 million tons of grain for which there are no storages. There are no elevators and warehouses. We will not be able to build elevators in such a short time. It is possible that farmers will find new warehouses. We have started to buy and import so-called “plastic sleeves” to Ukraine, there is such a storage technology. It is really cheap” the UAC Chairman commented.

But even if the grain can be saved, the first question is whether it can be harvested.

"According to our estimates, which coincide with the Ministry of Agrarian Policy, we need about USD6 billion for harvest campaign for farmers to sow early crops. This is another key issue for the government and the Verkhovna Rada,” Andrii Dykun concluded.

It will be recalled that Ukraine's ambassador to Turkey Vasyl Bodnar stated that Russia exports stolen Ukrainian grain to Turkey on the basis of forged documents as Russian one. There is no violation for the Turkish authorities.