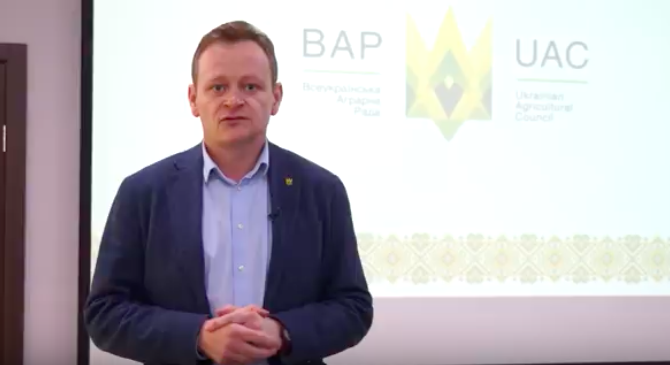 The Cabinet of Ministers of Ukraine registered a draft resolution "On the prohibition of import into the customs territory of Ukraine and the use of certain dangerous pesticides in Ukraine". The document stipulates that from 1 June 2019, the import of such pesticides as: atrazine, acetochlorine, glyphosate, imidacloprid, clothianidin, thiamethoxam and all their preparative forms are prohibited. It is planned to include them in the list of prohibited uses in Ukraine and cancel their state registration.

The head of the Ukrainian Agri Council Andriy Dykun appealed to Prime Minister Volodymyr Groisman to reconsider this document. After all, the prohibition of the use of listed pesticides will lead to a billion losses in the agricultural sector. In his position, Andriy Dykun relies on research, specifically conducted by the Institute of Agrarian Economics at the National Academy of Sciences of Ukraine and received on April 5 this year.

In particular, the specialists of the Institute calculated that the abolition of the use of these pesticides will lead to a fall in the yield of the main export crops - wheat, corn, barley, soya, rape, sunflower - and will make from 5 to 20%. As for the funds, this will amount to losses from 22 to 64 billion UAH per year if you add losses as products.

In addition, the prohibition of these pesticides will have a negative impact on the environment. After all, only water use will increase to 6.8 million cubic meters.

"We will begin to use less effective preparations and we will need more water. Its use will increase to 6.8 million cubic meters. This is just as much as the entire oil and gas industry in Ukraine uses. In addition, farmers will be forced to increase the multiplicity of mechanical processing of fields, which is - emissions into the atmosphere of carbon dioxide. Hundreds of millions of kilograms will be thrown into the atmosphere ", - explained Andriy Dykun.

The chairman of UAC stressed that it was impossible to take this decision and asked to reconsider its draft and assured that the farmers were ready to provide all the detailed information on this issue.